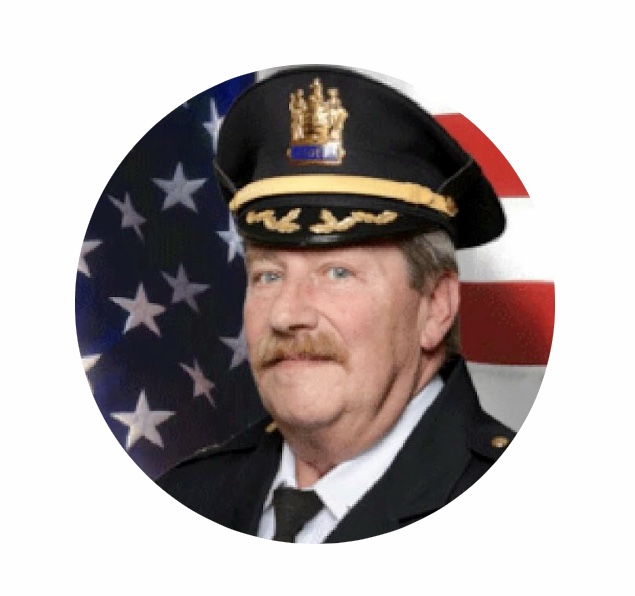 The Italian American Police Society of New Jersey is sad to announce the passing of Its 1st Vice President, Chief John Lazzara. A wake will be held on Wednesday, October 20th from 3 pm to 8 pm at the Vander May Wayne Colonial Funeral Home located at 567 Ratzer Road in Wayne. There will be a service on Thursday, October 21st at 10:30am at the funeral home with a private cremation.
Chief John Lazzara began his career with the Passaic County Sheriff’s Office, on March 26, 1990 as a Sheriff’s Officer assigned to the Passaic County Court Complex. Upon graduating the Passaic County Police Academy in 1992, he returned to the court complex where he continued to be assigned to court security, prisoner transportation, and Civil Process.
In 1999, he was promoted to Detective and assigned to the Warrant Division where he was responsible for the investigation and apprehension of fugitives with outstanding Passaic County Superior Court warrants. In 2002, he was assigned to the US Marshal Service NY/NJ Regional Fugitive Task Force, based in Newark NJ. As a deputized federal marshal, he was involved in the investigation and apprehension of fugitives wanted for 1st and 2nd degree violent crimes. While assigned to the task force, he was promoted to Detective Sergeant in 2003, and to Detective Lieutenant in 2009. In 2011, he returned to PCSO headquarters and assumed command of the Warrant Division evening tour.
In 2012, in addition to the Warrant Division, Lazzara assumed command of the Crime Scene Investigations Division, Criminal Investigation Division, and the Internet Crimes Unit. In 2013, he took on the additional assignment of Accreditation Manager.
In 2014, he was promoted to Detective Captain, and assigned the command of Investigative Services.
In 2015, Lazzara was promoted to Chief and assumed command of the Bureau of Law Enforcement. Chief Lazzara is the recipient of numerous awards and distinctions. Chief Lazzara attended Caldwell College completing courses in Criminal Justice and Sociology.
Chief Lazzara retired from the Passaic County Sheriff’s Office and after a year in retirement , Sheriff Berdnik asked Lazzara to return to serve as the Director of Staff Operations and Accreditation Manager.
Chief Lazzara has been married for 39 years to his wife Jo Ann and is the proud father of Alyssa and Michael, father in law to Kyle and grandfather to Brandon & Dylan.
Lazzara was a Charter member of the Italian American Police Society of New Jersey , where he proudly served on its Executive Board for almost its entire existence. John was a tireless worker and was active on almost every committee and event and rose through the ranks in the organization to his current position, as First Vice President. In 2017, John was honored with the Society’s Lifetime Achievement Award in Law Enforcement at the Gala Benefit Dinner Dance. Lazzara also was a longtime member of the NJ Narcotics Enforcement Officers Association and served as the Association’s President. Lazzara was a member of the Passaic County Police Chiefs Association, and the Passaic County Sheriff’s PBA Local # 286.