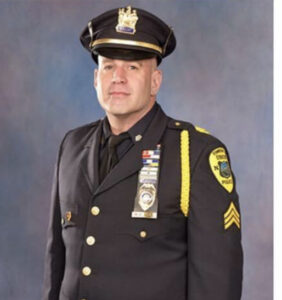 We are pleased to announce the appointment of Michael Boll to chair the newly formed Veterans Outreach Committee for the Italian American Police Society of New Jersey. Michael recently retired as a Sergeant in the Union Police Department,  where he worked in many units and conducted significant community policing and outreach programs. While at the Union PD, Michael started the popular “Santa’s in Blue” Program which our organization still participates in today.

Michael is the founder and current Chairman of the NJ Veterans Network, which supports veterans and their families with assistance for housing, employment & mental health. Michael is a veteran of the US Marine Corps where he served in Operation Desert Storm. Michael is also the Team Captain of Operation Rebound, a veteran service group that pedaled to Walter Reed Military Hospital to raise awareness and funds. Michael is the recipient of awards from UNICO National, NJ State PBA and VFW. Michael graduated from Rutgers University with a degree in Criminal Justice and resides in East Hanover with his family.

As the Chairman of the IAPSNJ Veterans Committee, he will work with the organization support veterans, many of whom are also law enforcement officers. President William Schievella is excited about this new program and looks forward to working with Michael to better serve our veterans.