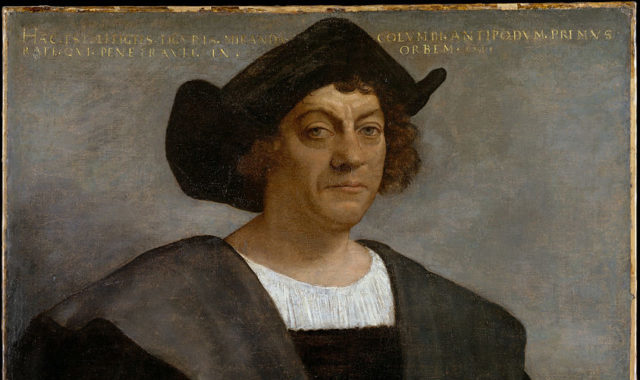 At its 2019 National Convention, the National Education Association (NEA) passed a resolution to have Columbus Day renamed Indigenous Peoples Day, stating, “As an education association, recognizing, observing, and celebrating factual history is important to maintaining our academic integrity.”

Really? Come on! How hypocritical. The current onslaught of politically correct hysteria foisted upon the Great Discoverer is just plain false. Shame on the NEA for being complicit in this nefarious conspiracy to obfuscate the facts and perpetrate the rewriting of history.

The New World was no “Garden of Eden” when Columbus arrived. Slavery, human sacrifice, cannibalism, genocide and other atrocities were rampant among indigenous people. But revisionists are silent on these facts. No one holds indigenous people to today’s standards, then why Columbus? He may not have been an angel, but he was a man of his times. And if you check the facts according to reputable scholars and sources, he didn’t perpetrate the breadth of atrocities accorded to him.

But that doesn’t fit the popular narrative squarely aimed at denigrating Columbus and his monumental accomplishment of opening up the New World to European exploration, thus paving the way for the creation of America. This isn’t just an attack on Columbus, but on America itself: the very country that has given the NEA membership the many opportunities and advantages they now enjoy.

Columbus Day is an American holiday. It was first widely celebrated in 1892, the 400th anniversary of Columbus’ voyages, when President Harrison called upon U.S. citizens to celebrate Columbus’ accomplishment by teaching ideals of patriotism. In 1934, it was designated a federal holiday, to help counteract discrimination and denigration of Italian Americans so prevalent during those times. Italian Americans are now its caretakers, considering it is our civil right to celebrate our heritage without undue interference from the government — and the NEA. This is a right every other ethnic group in America has. Why not us?

The most disturbing aspect of NEA’s campaign against Columbus Day is that this is the largest labor union in the U.S., representing 3 million members. They command the exclusive pulpit to manipulate the minds of young people with these false and damaging contentions. We just can’t let this happen!

That is why the Italian American ONE VOICE Coalition (IAOVC), a nationwide coalition of anti-bias activists, assembled a task force of a wide array of Italian-American organizations with a solitary mandate to demand NEA overturn its Anti-Columbus Resolution. The response has been overwhelming with a multitude of Italian-American organizations joining the effort nationwide.

Task force members pledged to fight this NEA attack on the civil rights and heritage of Italian Americans by adopting a counter-resolution, which concludes:

WHEREAS, The Italian American ONE VOICE Coalition, on behalf of its member Italian American organizations and individual members across the country, has formed a task force to defend the civil rights of all Italian Americans to celebrate their heritage on this important federally-designated holiday by opposing the NEA’s campaign to eliminate Columbus Day.

NOW, THEREFORE, BE IT RESOLVED, that we hereby support and join IAOVC in defending the civil rights of our members, and all Italian Americans across the country, to celebrate our heritage and culture on the Columbus Day federal holiday, and preserve the second Monday in October throughout America as Columbus Day by opposing the NEA campaign to eliminate Columbus Day.

Along with the task force resolution, a number of action steps are being taken by the task force. This includes an email and phone campaign to the NEA president and executive offices in Washington, D.C., demanding overturn of the resolution. Callers have been told the NEA has been “swamped” with these calls. And, additional actions are underway.

What about you? Will you help defend against this attack on Italian-American civil rights, a great American holiday, and our way of life? Please contact IAOVC and join the task force. Visit www.iaovc.org.

The above appears in the October 2019 issue of the print version of Fra Noi. Our gorgeous, monthly magazine contains a veritable feast of news and views, profiles and features, entertainment and culture. To subscribe, click here.