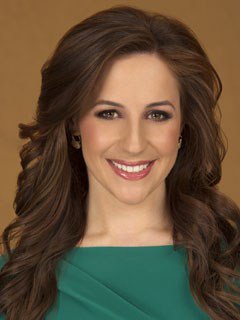 Teresa Priolo is a reporter and fill-in anchor on the tri-state’s number one morning show, Good Day New York.

She joined WNYW-TV/Fox 5 in March of 2012.
As a general assignment reporter, Teresa has covered Superstorm Sandy, the tragedy in Newtown and Super Bowl XLVIII.
Working in New York is a dream of so many journalists– but for Teresa, it meant coming home.
Throughout the past decade, Teresa’s career has taken her from one side of this country and back again.
Prior to joining Fox, Teresa spent four years as a reporter and morning anchor at WRGB-TV, the CBS affiliate station in Schenectady, NY.  During her time at WRGB, she covered a number of high profile stories such as the scandal that forced Governor Eliot Spitzer from office and the mass shooting at Binghamton’s American Civic Association that claimed the lives of 14 people.
Teresa began her on-air career at KIDK-TV in Idaho Falls, Idaho. Her investigations into the problem of teen homelessness, which the system has dubbed as “Throwaways”, and the popular but deadly “Choking Game”, earned her awards from the Idaho Press Club and acknowledgement from the Society of Professional Journalists.
Her first exposure to the TV news business came as an intern and assignment desk assistant at WFSB-TV in Hartford, CT. Prior to working in TV news, she worked for the British production company RDF Media, on the network reality series Wife Swap.

Born and raised in Clifton, Teresa is a Jersey Girl through and through.  Teresa is a proud graduate of Mount Saint Dominic Academy and Fairfield University.
She lives in resides in New Jersey with her husband, their goldendoodle, Duke, and rescue cat from Idaho named… Ida.